Slate’s Alexandra Gutierrez’s attack article on Sarah Palin, predicting  a looming large margin defeat of an Alaska GOP Senate candidate backed by Palin and the Tea Party Express, now looks more like a pathetic error-strewn leftist rant of a basement dwelling blogger with week old pizza stains on her nightie and a two-inch growth of hair on her legs. 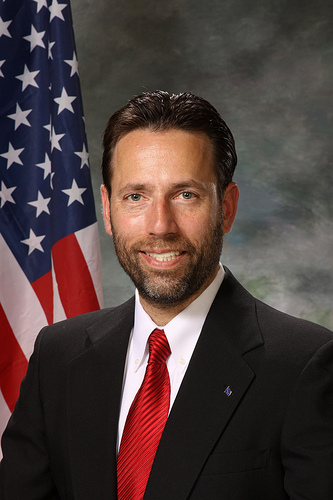 Sarah Palin backed, Joe Miller steals the Alaska thunder to take the lead away from Sen Lisa Murkowski (R-AK) who's Daddy appointed her to an Alaska Senate seat he had just vacated.

See, it’s like this… Lisa’s Daddy, former Gov. Frank Murkowski(R-AK), appointed his little girl to the open Senate seat he vacated to take the Governor’s seat in a clear act of arrogant nepotism. I say former Governor because Wallisa Mayor Sarah Palin beat out Lisa’s Daddy in his reelection bid for Governor.

Joe Miller was 25% behind Frank’s little girl, Lisa, before Sarah stepped in and endorsed his candidacy. This is a come-from-behind effort of a political unknown to take a 1% lead over Senator Lisa Murkowski (R-AK).

Slate’s Alexandra Gutierrez opined on Monday, “On Tuesday, in her home state, Sarah Palin’s favorite will probably get trounced. Joe Miller is widely expected to lose by a large margin to incumbent Sen. Lisa Murkowski in the Republican primary—an embarrassing defeat for the former governor, who has endorsed Miller, but also to Miller’s other major backer, the Tea Party Express.”

Alex continues to boast, “Unfortunately for him[Joe Miller], not even Chuck Norris in his most bad-ass role—which is, of course, Chuck Norris in real life—could rescue the Miller campaign. Always a long shot, Miller lags behind Murkowski, the heir to one of Alaska’s political dynasties, by double digits.”

Well… Alexandra? How does that egg on your face taste, dear?

Sen. Lisa Murkowski Trails Behind Joe Miller
About 7,000 Absentee Ballots Have Yet to be Counted, Results Could Be Weeks Away

With all votes counted, Miller led Murkowski by about 1,670 votes. As of Thursday morning, he had nabbed 50.9 percent of the total votes, with Murkowski at 49.1 percent.

<…>
Murkowski would have to win 60 percent of the absentee vote to take the lead.

We shall see what we shall see in 14 days when the absentee ballots are counted but at this point, that Joe Miller is leading by 1% as a previously unknown come-from-behind candidate against the incumbent Senator daughter of a so-called Alaskan Governor Dynasty is already a victory.

By the way, after Gov. Frank Murkowski was beaten out of his office by Sarah Palin, Daddy Frank’s appointment of his daughter to the Senate was the last of the Senate appointment privilege in Alaska.  Sarah saw to that. 😉