H/T to CSNNews and RedState… 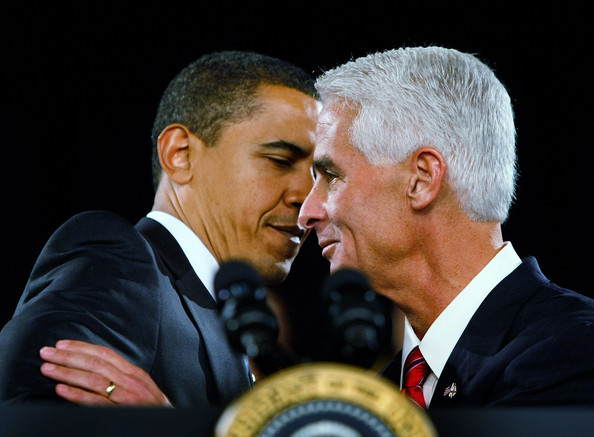 RINO Charlie Crist doing what RINOs Do, sucking up to their real friends and trying to pull the wool over voter eyes.

CSN News reports Crist spokesman Danny Kanner, when questioned about Crist’s reasons for being on Martha’s Vineyard this past Friday during Obama’s vacation there, responded “He [Crist] was in New England for a private campaign event.”

When asked by CSN News if Crist met with Obama or Obama’s staff Kanner responded “No he did not.”

Crist’s staff would not divulge who hosted the fundraiser, according to CSN News. To view the complete CSN News article click here.

But the plot thickens as  RedState reports…

But our witnesses say he[Crist] very clearly was, at one point, in the company of secret service agents.

Crist was visiting Obama on the eve of the Florida Senate primary.

For what purpose? Ambassadorship? Undermining Kendrick Meeks? Promising support of Chuck Schumer for Senate Majority Leader in the next Congress?

Oh what webs we weave when first we practice to deceive, eh Charlie?

This is why we need people like Sarah Palin to help weed out these voter back-stabbing RINOs so voters know what is what and who is whom.