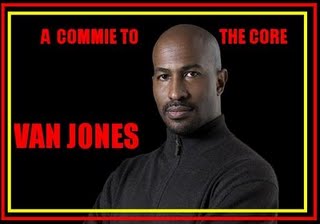 At the Daily Kos bought and payed for Netroots Nation convention… Self-Avowed Communist snotwad Van Jones tells the Left to cool it on Obama bashing and get back on the reservation and do as they are told … in so many words.

Sucks to be Obama, huh?

The Leftists want a winner… who doesn’t? And, you and your Messiah are LOOO-ZAAHS.

Perhaps you can get a cabinet appointment in the Chavez Regime… he silences opposition… like every other Tin Hat Communist Dictator. 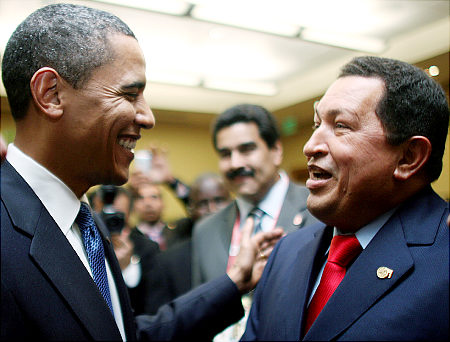 Obama has met his Waterloo and is now dead political meat on a hook. It continues to go down hill for all you Marxists from here. Get over it.

Why is that so? Because of the Spirit of America as summed up in this unique and amazing video:

From TPMDC, by way of FOX Nation…

Van Jones Tells Liberals to Stop Beating up on Obama

Las Vegas — Former White House green jobs “czar” Van Jones told progressive activists and bloggers today that, rather than bash President Obama for not changing the country as fast as they’d thought, they should maintain hope and help him with his agenda.

“I can’t stand it. President Obama volunteered to be the captain of the Titanic after it hit the iceberg,” Jones said at Netroots Nation while being interviewed by journalist Ari Melber of The Nation. (Follow our live coverage here.)

Jones, who resigned last year after conservatives targeted him as an extreme leftist, refrained from any Obama-slamming of his own. Speaking to a large second-day crowd, Jones reminded the group that he quit and wasn’t pushed out. “I resigned. I did not want to be the banana peel that the president of the United States slipped on trying to win on health care,” Jones said.

He cautioned bloggers from despairing and going after Obama. “This is harder than it looks. Having spent six months in the White House, it’s a totally different experience when you’re sitting there and the missiles are coming over the horizon at you,” he said.

Dick Morris: RACIAL POLITICS BLOWS UP IN OBAMA’S FACE and   and KAGAN PROMOTED SHARIAH and REFORM STATE PENSIONS NOW and REFORM STATE PENSIONS NOW and DEMS DESERT OBAMA and THE END OF THE POST RACIAL PRESIDENCY and PROGRESS REPORT: WINNING THE SENATE and OBAMA DIGS A DEEPER HOLE and THE END OF BRITAIN AS WE KNOW IT and THE LEFT WING SPIRAL TRAP and ECONOMIC NUMBERS HURTING OBAMA and OBAMA’S IMMIGRATION HYPOCRISY

HOTAiR: Obamateurism of the Day and Quotes of the day

American Thinker: Time to Call In a Specialist

Nice Deb: Overcoming or Succumbing? and Journolist, The Movie

American Power: Out Tuesday: The Post-American Presidency and Reagan Baby on NAACP Race-Baiting

LisaInTX: Obama Deception Censored: Infowarriors fight back! and and Former US Marine labeled Neo-Nazi for defending border in AZ

Mad Conservative: There She Stands – Michael W. Smith and Quote of the day – Fred Barnes and More lies and deception: US funding abortions in Kenya

Charging Elephant: School Board Trustees decline to change portrayal of Islam cave into pressure from CAIR and Election Wins Can Stop Lame-Duck Threat The voters can help block the Democrats’ Ploy and Senator “John Reporting For Duty Kerry” Must Go To Jail