Obama: The Problem, not the Solution 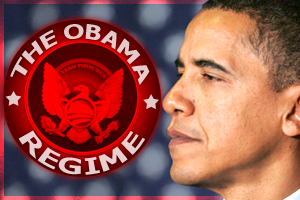 A clear and present danger to all America

It should be obvious to all that Obama is not fixing the economy rather, his regime is stabbing it in the back and doing so to aid and abet the goals of Marxism. That is to say, to cripple the country to the point that people, in a panic, will be forced to give up freedom and liberty for the sake of food and shelter.

The Obama Regime is the most dangerous element the United States has faced since the war of survival in the face of Germany’s bid for world dominance during World War II.

Be prepared for things to get worse… and for GODS SAKE VOTE THE DEM PARTY MARXISTS and the GOP enabling RINOS OUT OF OFFICE!

We can survive and live to prosper once again. Look to Europe as they turn away from massive spending of borrowed money and move away from the Obama Regime’s receipe for economic disaster.

Le·gal In·sur·rec·tion: Is Paul Krugman Heartless, Clueless or Confused (Pick Only One)? and Double Duh! and Eradication of the American Memory and It Isn’t Over Yet

HOTAiR: Would Washington Let America Tumble? and Wealth Does Not Come From the Wealth Faeries

YID with LID: Mainstreaming the Extremists; Marginalizing the Moderates

Black Sphere: Steele in Quarantine with Disease of Liberalism

178 Responses to Obama: The Problem, not the Solution