Barack Obama, a Kamikazi Communist; all in, win loose or draw 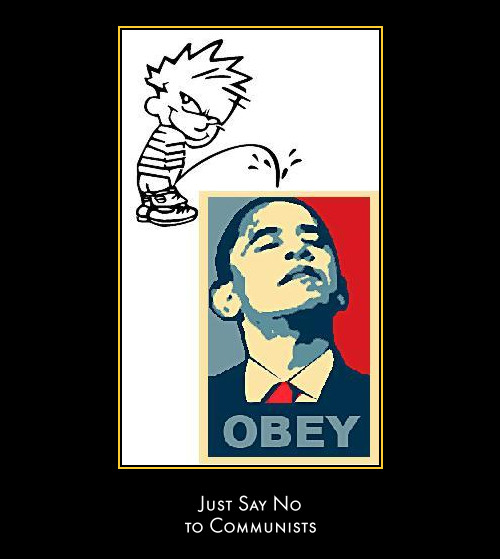 Yesterday, Joe Lieberman issued a public statement that he would join with Republicans in the Senate to Filibuster the ObamaCare bill if it contained a Public Option.

Lieberman appeared on FOX News yesterday and today and further clarified his position to say that while there are Health Industry reforms that are needed (which Republican Senators agree with) what he opposes is anything that adds costs to taxpayers and those who are already health insured.

To be sure there are Moderate DEM Congress men and women who are not Kamikazi Communists willing to fall on their swords… not willing to be ‘all in, win lose or draw‘ alongside Pelosi, Reid, and Obama on their bid to Federalize American Health Care.

What was George Soros’ response?

MoveOn.org issued a bold threat to every dithering DEM member of Congress that MoveOne.org AKA George Soros & Co. will Attack them with the full force of their ‘5,000,000 member strong’ coalition of power.

The membership of MoveOn.org consists of all flavors of DEMs from full blown Communists to conservative DEMs who became members in support of the DEM party’s bid for Congress and the Presidency in 2006 and 2008.

And, then there is that likely 100,000 or so Conservatives who are signed up as members simply to see what kind of tripe you email out to people. 😉

Doesn’t one of the Saul Alinsky’s Rule for Radicals state that you should try to make your opponents think you have more power than you actually have?

Uhhh yes it does…

So now the DEM Party Threatens it’s own Congressional Members… Obey our  Kamikazi Communist Bid to Destroy the Free Market, OR ELSE!

If any Moderate DEM VOTES FOR OBAMACARE they will have more problems than the DEM Party can fix come the elections in 2010 and 2012.

Their existence in Congress itself is on the line.

Watch the Bellwether Governor elections in Virginia and New Jersey… and see what Moderate DEMs and Independents think of the World Obama & Co is attempting to create.

Watch the election for NJ’s 23rd district seat in the US House of Representatives and observe the power of Palin to consolidate Voters against your Socialist GOP RINO, Dede Scozzafava and your DEM candidate, Bill Owens.

Think MoveOn.org is worried about this? Check out their website… They are freeking out over Sarah Palin’s involvement in that race, gone are the personal attacks which never worked:

MoveOn.org: Can you chip in to help stop Sarah Palin and the far right?

MoveOn.org? You are as limp and impotent as is your Communist Puppets in Office… ohh they are scarrrrry, for sure. But so is the Majority of We the People… and We are coming for the Destroyers of our Free Market System. The Governor Races in VA and NJ and the three way battle for New Jersey’s 23rd district seat in the US House of Representatives is a dress rehearsal for 2010 and 2012.

Any Democrat who opposes the government option will lose support from the organization’s 5 million members, according to an e-mail sent by the group to its supporters.

Moveon.org issued a warning Tuesday to any Democrat who might join Republicans to filibuster a government-run insurance option — if you oppose the government option you will lose support from the organization’s 5 million members

Senate Majority Leader Harry Reid announced Monday that the Senate’s version of a health care reform bill will include a so-called public option. Moveon.org issued its e-mail to its supporters threatening revolt one day later.

The group said it surveyed its members over the weekend and found that “93 percent of MoveOn members agreed that any senator who helps block an up-or-down vote on a health care bill with the public option should lose the support of all five million of us — no donations, no volunteering, and no help getting out the vote.”

To ensure conservative Democrats will not oppose the public option, the group is launching an “emergency campaign” to urge them to support an up-or-down vote.

Despite its support, the group added that Reid’s bill is still problematic.

“The ‘opt-out’ version of the public option has real problems,” the e-mail said, adding that “the most conservative states in the country would likely opt out, potentially leaving millions of uninsured folks without access to the affordable health care a public option would provide.”

Thanks for the tracky-backy love, American Power! Back at ‘cha:

American Spectator: NY23: ‘Do You Believe in Miracles’?

Heritige Foundation: Video: The Truth About The Public Option

Animal Farm — Blow it out your ass!

Government health care should scare everyone

Healthcare for Illegals -Delayed by Design – A Moral Agenda Paid For by Moral Bankrupy – The Eagle’s Eye for October 28, 2009

Our Whole world will be a burning ball of fire

I am a female voter, as my blog name implies. I vote for conservatives. I am a political opponent of Leftists, Progressives, Socialists, Marxists, and Communists.
View all posts by VotingFemale →
This entry was posted in Barack Obama, George Soros, Joe Lieberman, MoveOn.org, ObamaCare and tagged Barack Obama, FOX News, Joe Lieberman, MoveOn.org, ObamaCare, Obamaist Communism, Sarah Palin. Bookmark the permalink.

79 Responses to Barack Obama, a Kamikazi Communist; all in, win loose or draw