The Fringe Media is afraid this is going to “LEAK OUT” and get their Chosen One all Wee-Wee’ed Up! 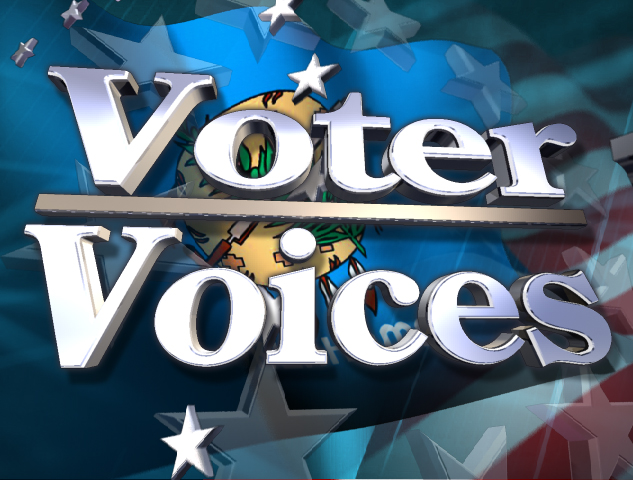 The Fringe Media is afraid this is going to “LEAK OUT”
and get their Chosen One all Wee-Wee’ed Up!

For the first time in recent years, voters trust Republicans more than Democrats on all 10 key electoral issues regularly tracked by Rasmussen Reports. The GOP holds double-digit advantages on five of them.

Republicans have nearly doubled their lead over Democrats on economic issues to 49% to 35%, after leading by eight points in September.

But voters are less sure which party they trust more to handle government ethics and corruption, an issue that passed the economy in voter importance last month. Thirty-three percent (33%) trust Republicans more while 29% have more confidence in Democrats. Another 38% are undecided. Last month, the parties were virtually tied on the issue.

A recent Rasmussen Reports video report finds that voters are more disappointed lately with Obama’s performance in dealing with corruption in Washington.

Among unaffiliated voters who see ethics as the most important issue, 26% trust the GOP more while 23% trust Democrats more. Most (51%) are not sure which party they trust.

On the highly contentious issue of health care, voters now give the edge to Republicans 46% to 40%. The parties tied on the issue last month, after Republicans took the lead on it for the first time in August.

Separate polling released today shows 49% of voters nationwide say that passing no health care reform bill this year would be better than passing the plan currently working its way through Congress. Most voters (54%) oppose the health care reform plan proposed by the president and congressional Democrats, but 42% are in favor of it.

On taxes, Republicans are now ahead of Democrats 50% to 35%, nearly doubling their September lead on the issue. Prior to July, the percentage of voters who trusted the GOP more on taxes never reached 50%. It has done so three times since then.

Thirty-eight percent (38%) of voters say cutting the federal budget deficit in half in the next four years should be the Obama administration’s top priority, while 23% say health care reform is most important.

Republicans are down to a seven-point lead on immigration after enjoying a 13-point advantage last month. Recent polling shows that 56% think the policies of the federal government encourage people to enter the United States illegally.

Voters trust Republicans more on Social Security by a 45% to 37% margin, after the GOP trailed Democrats by two points on the issue in the last survey.

The president is proposing a one-time $250 payment to seniors who for the first time in years won’t be getting a cost of living increase in their Social Security checks because inflation’s down. While half of voters support this idea, they are more skeptical when told how much it will cost.

Republicans lead on the issue of education 43% to 38%. Last month Democrats had a five-point lead.

Voters also trust Republicans more on the handling of abortion 47% to 35%.

The GOP advantage over Democrats increased from two points to five in the latest edition of the Generic Congressional Ballot. Forty-two percent (42%) would vote for their district’s Republican congressional candidate while 37% would opt for his or her Democratic opponent.

But 73% of GOP voters nationwide think Republicans in Congress have lost touch with their voting base.

We can defeat these Statist losers if we further reduce their fringe media to the state-run organizations they are. Right now they are exercising another Alinsky “Rule”. (’dem wittle uncreative collective-minded, un-individual losers!)…

That is… “make the enemy” (that’s us, the “enemy”—America), “Make the enemy believe you have more power than you have…”

To do that, they have faxed-fed the Fringe Media their propaganda to make people (who overwhelmingly HATE their approach to Healthcare believe they are the minority when actually THEY are the majority)… We may see doctored polls coming out, wildly different than other polls at the critical hour.

Schumer and others are doing the spin on Sunday programs and talking about having a 60 count. It’s all a farce. It’s what Nancy Pelosi has been doing for the last 2 years. Lying and pretending the outlook on her Left-Wing extremist agenda is popular and they are getting it done.

They’re about to lose Virginia and hopefully (if Soros doesn’t bus in ACORN criminals to commit fraud) New Jersey!

What we should be concerned about is getting together a coalition of Conservatives, Independents, Republicans and “normal” America-loving Democrats to support Obama’s opposition in 2012.

The In Box: Come to the North Country debate, Mr. Hoffman

The In Box: Doug Hoffman, a true third party candidate

Did Gingrich Cross Swords with Palin or Cross the Rubicon Today?

Reading from the Conservative Blog Network…

FreeViews: “Our Whole World Will Be a Burning Ball of Fire! Listen to my Cloward-Piven strategy of 1960’s repackaged Communism, or you will DIE!”

Mad Conservative: Bachmann: At the point of an orderly revolution

On MyWatch: Future For Old Farts? -The Elderly under Obamacare: – The Political Funnies for October 25, 2009 and Stun Gun Politics and Stealth Mode PR – The Obama Administration Flies Under the Radar and Step One – Health Care Reform “Lite” Step 2 Automatic Citizenship. Step 3 Revisit Health Care Reform and Update Coverage – Oh, Canada, Your Policies have Reached the Ear of The Enchanted One – Second Thoughts for October 24, 2009 and Picture this: A Nation Full of Over-weight Idiots. Is “Race to the Top” Education Reform Under Obama the “Cure”?- Look What’s Under- Reported for October 24, 2009

I am a female voter, as my blog name implies. I vote for conservatives. I am a political opponent of Leftists, Progressives, Socialists, Marxists, and Communists.
View all posts by VotingFemale →
This entry was posted in Uncategorized. Bookmark the permalink.

37 Responses to The Fringe Media is afraid this is going to “LEAK OUT” and get their Chosen One all Wee-Wee’ed Up!