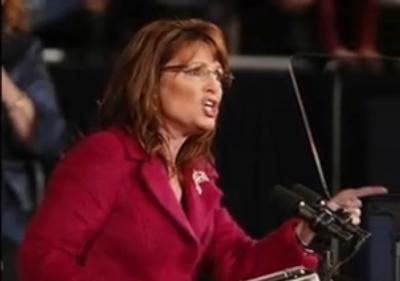 Sarah Palin to Obama: Where is the Tort Reform, Socialist?

FACT: Sarah Palin defeated the Socialists on their inclusion of Death Panels in ObamaCare.

Barack Obama, the Premiere of the Socialist Party, is Being Called Out by Sarah Palin on his ObamaCare which includes NO TORT REFORM.

Tort Reform you say? Why, that is limiting unscrupluous lawsuits that drive up the cost of American Health Care by asshats looking to make a killing at the price of higher health care costs for us all. 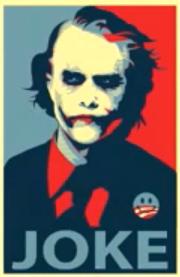 I want your health under my control

Obama & Co is not  including Tort Reform in his ObamaCare Bill, why?

ANSWER: Because Obama plans a total Socialist Government take over of health care and will simply make lawsuits against Government Run Health Care Illegal AFTER… he gets his ObamaCare through Congress.

That will mean if you are a legitimate victim of medical malpractice you will not be able to sue the Socialist Government Owned Health Care System for justified and reasonable damages.

To include Tort Reform Within ObamaCare would be an implied intent to allow Health Insurance Companies to remain in business. OBama is going to put them out of business.

Thank God
there is
Sarah Palin

Let’s read carefully, what Sarah Palin is saying on our behalf, to the Socialist-In-Chief who is intent on Government Control of Your Health, thus life itself:

President Obama’s health care “reform” plan has met with significant criticism across the country. Many Americans want change and reform in our current health care system. We recognize that while we have the greatest medical care in the world, there are major problems that we must face, especially in terms of reining in costs and allowing care to be affordable for all. However, as we have seen, current plans being pushed by the Democratic leadership represent change that may not be what we had in mind — change which poses serious ethical concerns over the government having control over our families’ health care decisions. In addition, the current plans greatly increase costs of health care, while doing lip service toward controlling costs.

We need to address a REAL bipartisan reform proposition that will have REAL impacts on costs and quality of patient care.

As Governor of Alaska, I learned a little bit about being a target for frivolous suits and complaints (Please, do I really need to footnote that?). I went my whole life without needing a lawyer on speed-dial, but all that changes when you become a target for opportunists and people with no scruples. Our nation’s health care providers have been the targets of similar opportunists for years, and they too have found themselves subjected to false, frivolous, and baseless claims. To quote a former president, “I feel your pain.”

So what can we do? First, we cannot have health care reform without tort reform. The two are intertwined. For example, one supposed justification for socialized medicine is the high cost of health care. As Dr. Scott Gottlieb recently noted, “If Mr. Obama is serious about lowering costs, he’ll need to reform the economic structures in medicine—especially programs like Medicare.” [1] Two examples of these “economic structures” are high malpractice insurance premiums foisted on physicians (and ultimately passed on to consumers as “high health care costs”) and the billions wasted on defensive medicine.

”The medical liability crisis has had many unintended consequences, most notably a decrease in access to care in a growing number of states and an increase in healthcare costs.
Access is affected as physicians move their practices to states with lower liability rates and change their practice patterns to reduce or eliminate high-risk services. When one considers that half of all neurosurgeons—as well as one third of all orthopedic surgeons, one third of all emergency physicians, and one third of all trauma surgeons—are sued each year, is it any wonder that 70 percent of emergency departments are at risk because they lack available on-call specialist coverage?” [2]

“If the Kessler and McClellan estimates were applied to total U.S. healthcare spending in 2005, the defensive medicine costs would total between $100 billion and $178 billion per year. Add to this the cost of defending malpractice cases, paying compensation, and covering additional administrative costs (a total of $29.4 billion). Thus, the average American family pays an additional $1,700 to $2,000 per year in healthcare costs simply to cover the costs of defensive medicine.
Excessive litigation and waste in the nation’s current tort system imposes an estimated yearly tort tax of $9,827 for a family of four and increases healthcare spending in the United States by $124 billion. How does this translate to individuals? The average obstetrician-gynecologist (OB-GYN) delivers 100 babies per year. If that OB-GYN must pay a medical liability premium of $200,000 each year (which is the rate in Florida), $2,000 of the delivery cost for each baby goes to pay the cost of the medical liability premium.” [3]

You would think that any effort to reform our health care system would include tort reform, especially if the stated purpose for Obama’s plan to nationalize our health care industry is the current high costs.

So I have new questions for the president: Why no legal reform? Why continue to encourage defensive medicine that wastes billions of dollars and does nothing for the patients? Do you want health care reform to benefit trial attorneys or patients?

Many states, including my own state of Alaska, have enacted caps on lawsuit awards against health care providers. Texas enacted caps and found that one county’s medical malpractice claims dropped 41 percent, and another study found a “55 percent decline” after reform measures were passed. [4] That’s one step in health care reform. Limiting lawyer contingency fees, as is done under the Federal Tort Claims Act, is another step. The State of Alaska pioneered the “loser pays” rule in the United States, which deters frivolous civil law suits by making the loser partially pay the winner’s legal bills. Preventing quack doctors from giving “expert” testimony in court against real doctors is another reform.

Texas Gov. Rick Perry noted that, after his state enacted tort reform measures, the number of doctors applying to practice medicine in Texas “skyrocketed by 57 percent” and that the tort reforms “brought critical specialties to underserved areas.” These are real reforms that actually improve access to health care. [5]

More Articles about the Socialists From The…

LisaInTX wrote 10 hours ago: The shining moment I shall NEVER EVER forget. Bowing to our enemy, a moment I knew without any doub … more →

MICHAEL JACKSON: MAY HE REST IN TRANSIT — 4 comments

karmahd wrote 17 hours ago: Tighten your bustles, straighten your bow ties, the Obama dance crew is busy at work changing the p … more →

AIRFORCE ONE IS NOT AIRFORCE FUN — 4 comments

samhenry wrote 1 day ago: Deplaning at yet another location. The Obama girls are now seasoned world travelers If memory serve … more →

Socialists: My Way or the Highway; Will Go it Alone to Force ObamaCare; Can You Spell Obama Waterloo? — 159 comments

VotingFemale wrote 1 day ago: The Socialists Do Not Care What You Think Their behavior at Town Hall Meetings Across the Nation for … more →

ohiobelle wrote 2 days ago: In July, the government posted a $180.68 billion monthly budget deficit, a record for July, mar … more →

samhenry wrote 2 days ago: WordPress video Hey, around 1960, I was in the original movie WHERE THE BOYS ARE that was filmed i … more →

VotingFemale wrote 2 days ago: (above picture is work of blogger PatriotsForAmerica. You are free to use this picture, unaltered, i … more →

DEMS WILL BE DEMS — 7 comments

samhenry wrote 3 days ago: I hope anyone  who has both a sense of history and who has  observed the Democrats and their party m … more →

samhenry wrote 4 days ago: Americans should be very concerned with the recent announcement of Representative Anthony Weiner, D- … more →

LisaInTX wrote 4 days ago: Some interesting reading. The Imperial Presidency by Arthur M. Schlesinger, Jr. was written in 1973 … more →

LisaInTX wrote 4 days ago: Barbara Boxer can stuff her condescending drivel…Here is another example of who needs to be v … more →

WHY SO SHRILL DEMS? — 2 comments

samhenry wrote 4 days ago: These days, you can pretty much tell the Dems from the Repubs by the veins standing up on their neck … more →

VotingFemale wrote 4 days ago: We the Jury Find Obama Guilty of Socialism/Communism Sarah Palin, in her latest article, is forcing … more →

WHAT KEEPS US AWAKE NIGHTS — 4 comments

samhenry wrote 5 days ago: “Unsettling” is the best word for it. I and many others first felt the sting of a layoff … more →

Additional Articles from around the Country…

I am a female voter, as my blog name implies. I vote for conservatives. I am a political opponent of Leftists, Progressives, Socialists, Marxists, and Communists.
View all posts by VotingFemale →
This entry was posted in American Socialism, ObamaCare, Sarah Palin and tagged Barack Obama, Communism, Conservative Blog Network, ObamaCare, Sarah Palin, socialism. Bookmark the permalink.